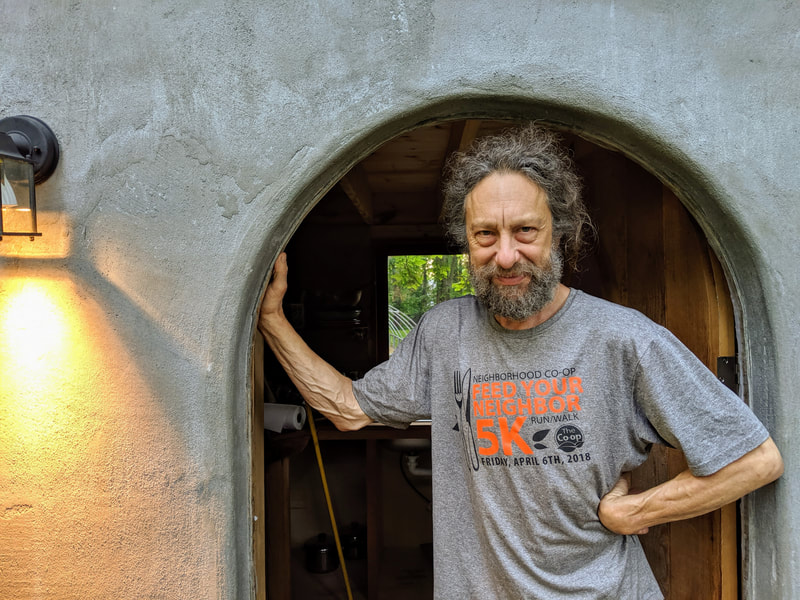 A little about Paul
Paul J. Frank has been involved in woodworking and design since the age of 12. He graduated from the S.I.U. School of Architecture in the early 80's and soon began realizing his dream of creating and building a home in Southern Illinois.

At the age of 26, Paul purchased a former daffodil farm with an old barn on it that served as his original workshop and living quarters. He began his life mission of creating a place to share with others. Over the next five years, Paul planted 4500 trees as a way to return to the earth that which he would use in his work. He spent many hours collecting the stone which would become an integral part of his home design.

Paul eventually moved his woodshop from the original barn into a large woodshop where he has created award-winning furniture as well as honed the finer details of his craft. In 2006, Paul added painting to his creative pursuits with a collection that has continued to grow.

For over thirty years Paul has designed and/or built 70 plus structures in the Southern Illinois and Chicago areas, Although most of his designs have been homes, some of his craftsmanship & furniture can be viewed publicly at: Makanda Inn & Cottages; Blue Sky Winery; Yellow Moon Cafe(now Steam Shovel) in Cobden; Cedar Cabin at Walnut Grove, United Methodist church pastor's study, Back 2 Basics; Raven's Bend; Cedarhurst Center for the Arts,  Beth Jacob synagogue in Chicago and Unitarian Fellowship in Carbondale.

Center For Lost Arts
The original barn has evolved into a 3400 sq ft main house, a friend has aptly named House of Paul. In 2016,  The main floor serves as a nature-inspired and welcoming space for those attending meditation, mindfulness, yoga and art retreats under the direction of his partner, Bonnie Burton. The space is also available to use for weddings, reunions, other gatherings and retreats.

The original 'bathhouse" has been transformed into Eva's Roost - a large retreat cabin immersed in nature. The roost opened to the public during the Eclipse of 2017 and is now available for guests and retreatants year-round.

In 2018, Paul began turning his attention toward building his first on-site tiny home. Many hands have been involved in the process and Tiny House of Paul was completed by autumn 2019. Currently Tiny House of Paul is rented, like Eva's Roost, for minimum three day retreat stays.

All of these created spaces including 20 acres of walking trails, forest & gardens make up Center For Lost Arts.
You can see photos, read more about these retreat spaces and request to book HERE. 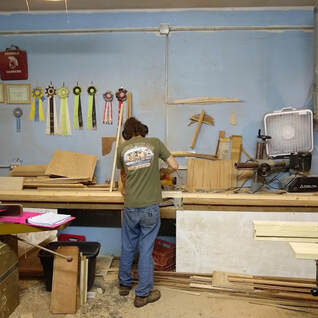